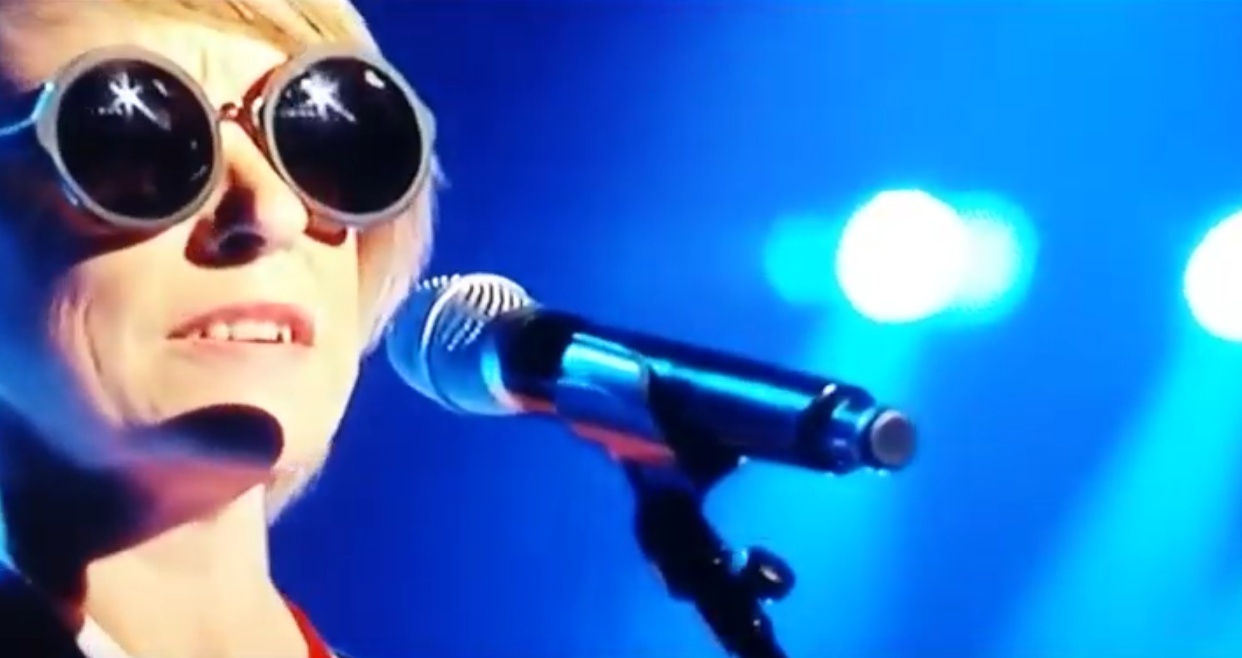 The Rally hosts all sorts of talks and performances, from live music to informative talks on cycling subjects. Other performances aimed at younger visitors are described on our Children’s activities page.

We’re delighted to welcome The Sonics Rock and Roll Band back to the Rally!

Three keen cyclists, they will play two sets on Saturday morning, from 10:30am and 12 noon, in the main central area.

This year we’re taking the Rally back to its roots with the evening entertainment on the Saturday. In the early days of the Rally, visitors would entertain each other on the campsite, with whatever instruments they’d brought along.

So for 2022 we are delighted to announce “Open Mic at the York Rally” with professional host Linda Jennings – a long-time cyclist and triathlete from Bolton. Notable in Linda J’s lifelong musical career was being picked by Sir Tom Jones in “The Voice UK 2017” – as seen on TV (and her appearances are now free to view on YouTube).

Linda J and assistant John will bring amplifiers, spare microphones etc. – as well as a selection of instruments including spare guitars – and while she’ll fill in any gaps with performances, her act is all about encouraging the audience to join in – with any instrumental talent (at whatever level) or just with your voice!

So if you’re coming to the Rally, please do bring your favourite musical instrument(s) along – or just your voice!

If you’re not comfortable performing solo don’t worry – Linda is expert at bringing all levels of musicianship into her performances. And anyway – at the Rally you are among friends.

The Open Mic session starts at 7:30pm on Saturday evening, and will run to around 10:30 pm. Refreshments will be available at the bar, and several catering outlets will be open on site too. We hope to see you there!

1 pm
Cycling Britain on a Twenty Five Quid Bike
Nick Dawes
“Around 15 years ago I cycled LeJog with a pal, as lots of people do, but I was unfit, naively unprepared and riding an ‘old school’ Raleigh I bought cheaply off a pal. Then I wrote a book about it…“

2 pm
The Unknown story of Tommy Simpson and the 1958 Cardiff Empire and Commonwealth Games
Stuart Stanton
In all the work published on Simpson, there has been very little mention of this chapter and only a very few b/w photos ever published. These came from the archive of the late Ron Good and were bequeathed to me prior to his death. The story itself is very relevant with the Birmingham on the horizon…

5 pm
In Search of Lost Lanes
Jack Thurston
Jack turned his lifelong love of exploring the British countryside by bike into a best-selling series of regional guidebooks (more than 70,000 sold since 2012). Jack’s talk will focus on the enduring appeal of quiet country lanes and rural byways and he’ll share his tips and tricks on how to design great routes and get the most from your days out exploring by bike. As presenter of the long-running The Bike Show, Jack was an early cycling podcaster, and has more recently anchored the Slow Cycling documentary series on GCN+.

6 pm
Cycle framebuilding
Richard Hallett
Having learned the finer points of custom frame building under the tutelage of legendary British builder Cliff Shrubb, Richard began building bike frames to put into practice some of the ideas and experience gained over more than two decades spent testing bikes and writing about cycling technology for the UK’s leading cycling magazines.

This talk discusses technical aspects of the traditional framebuilding techniques of brazing, fillet-brazing and silver-soldering, exploring the difference between bi-laminate construction and conventional lugs, explaining how brazing makes strong joints and detailing the tube preparation required for a successful outcome.

1 pm
Electric bikes Q&A
Find out all about the latest electric-assist technology with John from the Electric Transport Shop in York. A tailwind for your bike!

Talks and performances from previous years:

Traditional folk band The Foresters played on the Saturday evening at the Rally in the main marquee until 2018. Here are some images (does anyone have a video?)

Transporting all of their kit by bicycle trailer, local performers Pretend Stage set up in the central square of the 2015 & 2016 Rallies for an eclectic performance of music and dance:

Derek Carpenter fascinates younger visitors to the Rally with his  tricycle-based ‘Punch and Judy’ act, throughout the event: