There are still places available for riders to join the York Rally Sportive, coming up on Sunday, 20th September 2015. The ride comes in three flavours, the tough Grande Classic at 140 km, the challenging Classic at 100 km and the approachable Petit Classic at 36 km. All proceeds from entry fees go towards funding the York Rally.

Sportive organiser Paul Reid has been riding the routes in advance of the event, checking for hazards and working out where to place marshalls. He’s kindly passed on his write-up of the 100 km route for the website.

On Monday I set off on my trusted 1959 Mercian Olympic cycle. It is fitted with a 5 speed Simplex Tourist, with gears from 38″ to 77″. I was tasked with completing the risk assessment and marshalling requirements for the 100k sportive.

I set out from Wigginton, just north of York, with clear skies and virtually no breeze. The road to Sherriff Hutton was a nice warm up, just slightly rising until the bottom of Terrington Bank which marks the start of the Howardian hills. This I found it a bit of a brute so I let my gears do the work for me and just hung on until the road levelled a bit. This gave me time to catch my breath. I rounded the corner and could see the top of the climb. That I could really attack! (or as well as I can do, anyway!)

The descent is long and clear, should be no problems there. Not the same as the descent into Hovingham, this terminates in a T junction and a left turn. Care is needed at this point. The next climb, Caulkleys Bank, somewhat caught me napping. The sign said 17%, and my brain took some time to calculate what that really meant. 17% equals 1st gear, and out of the saddle!

A steady descent after Nunnington and the road became uncharacteristically flat for a while. Care is needed to cross the A170 shortly afterwards there is a bit of excitement as you see the sign for a ford, but I’ve never seen any water in it yet! The road then continually rises to Fadmoor. The next village is Gillamoor and the view on leaving is absolutely spectacular but don’t watch for too long as there is a steep descent with a few bends just to make life interesting.

Turning left up the valley of Farndale is a steady climb and when the hedgerows disappear and all you can see is moorland you realise how far you’ve climbed. Dropping down into the village of Low Mill is the most northerly part of this route. Care, once again, is needed on the descent. On reaching this pretty little hamlet you realise you’ve left your telephone signal at the top of the hill and won’t get it back again until you climb to the top of the moor again. It being a clear day I could see at least 20 miles in each direction at this point.

Watching out for the cattle grids there is a sweeping descent into Hutton-le-Hole, a pretty little honey pot of a village with tourists and pubs. At this time my mind was set on the tea stop at Marton, and again care was needed on the A170.

I stopped at Marton Village Hall, which will be our main feeding station, and stoked up on sandwiches and liquids. I made good time from there down to Amotherby and thought I would be coasting all the way back. How wrong could I be! After crossing the B1257 there was a hill! A long low, grinding type hill that just seemed to go on for ever, It didn’t but I think the heat was taking its toll. I really enjoyed the descent down to Easthorpe Hall and then turning right to Coneysthorpe. At this point I got my first view of Castle Howard.

At the crossroads I turned left towards York and followed, mesmerised, down the long straight road which is punctuated by, firstly, a large obelisk in the centre of the road, then a gate house, next the Carmire Gates, then, before the winding descent, past yet another large monument. 10 miles away in the distance I could see the towers of York Minster and from then on it was simply a pleasant run back to Wigginton.

All are welcome to follow in Paul’s wheeltracks, with the backup of sag and broom wagons,  marshalls and refreshments on hand! Join the York Rally Sportive on the 20th September: more info is here or you can enter online now, via the British Cycling website. 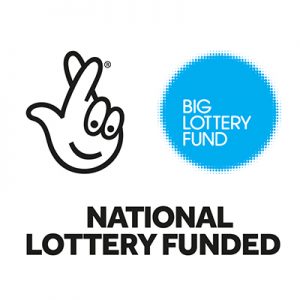 First, we've now updated the 2020 York Rally trade show information pack for exhibitors on the website - any company interested in having a stand can download it here: yorkrally.org/traderexhibitor-information/
Please feel free to pass on that link to any company you'd like to see at the York Rally 2020!

Second, we've uploaded last year's show programme as a free PDF download - perfect to see what you missed if you couldn't make it to the Rally last year! Download it here: yorkrally.org/downloads/ ... See MoreSee Less

Merry Christmas from the York Rally!

And just before we all settle in to the festivities, a reminder that earlybird bookings (and lowest prices!) for both the York Rally campsite and seller tables for the Saddlebag Sale cycle jumble end on 31st December - or as soon thereafter as we have a volunteer in a fit state to change the prices on the website!

Book them both via the York Rally website, www.yorkrally.org

Meanwhile, here's to a great Christmas and New Year for all, and we'll look forward to seeing many of you back on the Knavesmire in 2020! ... See MoreSee Less

Table bookings are now open for the York Rally 2020 cycle jumble, traditionally known as the Saddlebag Sale! Book yours early for reduced prices and to secure one of the limited number of tables...

Online and postal bookings are open now - for all the details please see: yorkrally.org/saddlebag-sale/

The sale starts at 11AM on Sunday 21 June 2020, and it's open for sellers to set up from 10 AM. We're looking forward to welcoming both sellers and buyers once again! ... See MoreSee Less

Huge thanks to the volunteers who every year make the York Rally happen, on #InternationalVolunteerDay! Looking forward to seeing everyone at another great weekend of cycling on 20-21 June for the York Rally 2020!

Apologies, by the way, that the York Rally website is currently down. A Wordpress plug-in update seems to have broken it, but our volunteer website host is on the case and we'll have it working again ASAP :-) ... See MoreSee Less