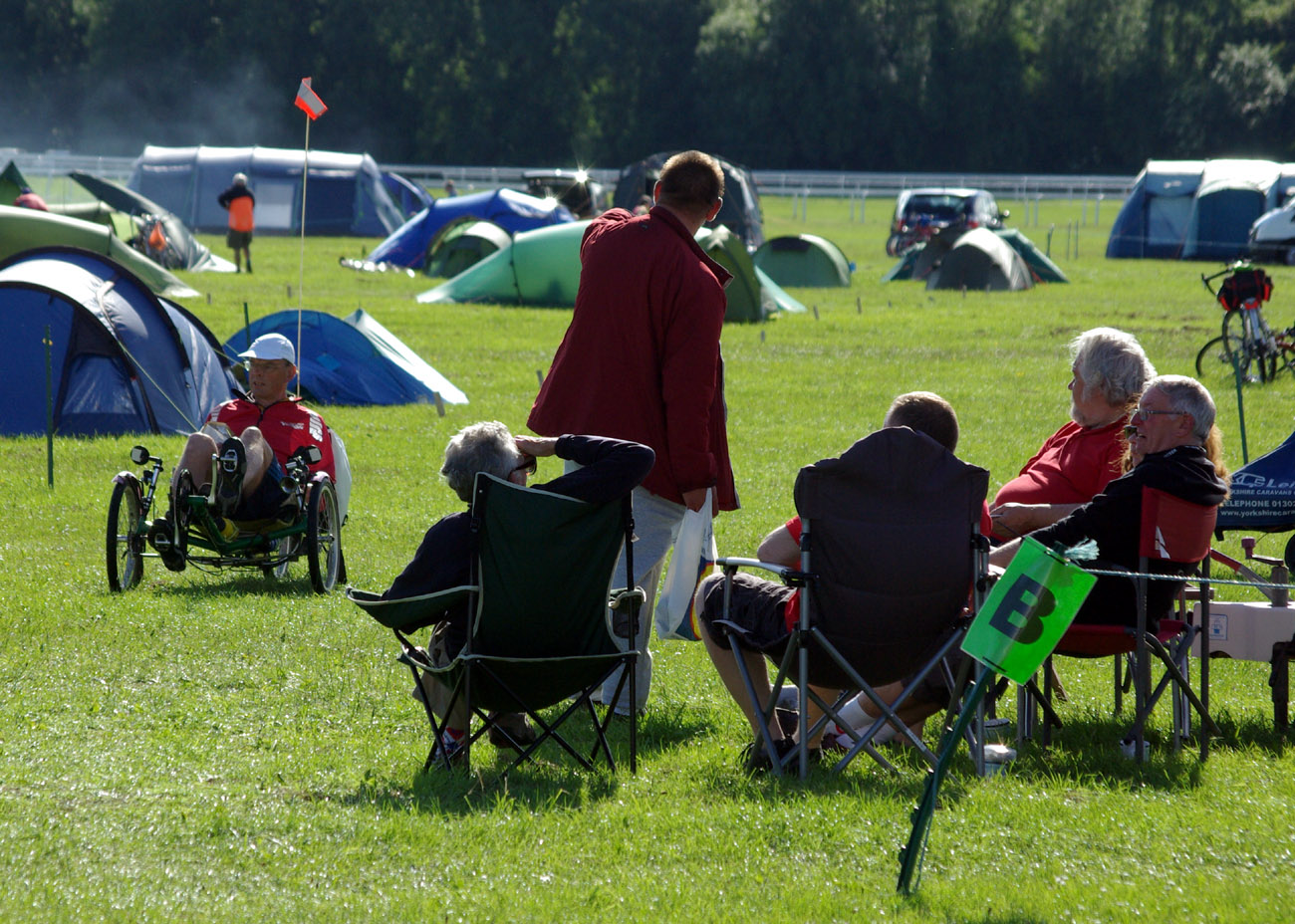 The final volunteers have just departed from the Knavesmire, leaving it as empty and pristine as it was before the Rally, save only for a team from the marquee company still dismantling the trade tents.

Many thanks to everyone who turned up – you made it the event it was. Huge thanks to all of our volunteers and ride leaders, whose efforts made the event happen with actions not words. Thanks to the Friends of York Rally supporters club members who believed it was possible and seed-funded the event – and welcome to the club to the many new members who signed up at the Rally. And thanks also to the exhibitors, traders, suppliers, council officials, performers, inventors, club representatives and to everyone else who worked with us to put on the event.

And thanks to everyone who stopped to thank our volunteers, and all of you who have left kind comments on websites and social media, including the Friends of York Rally Facebook page. They are all being read and are very much appreciated – and they will also be passed on to the volunteers who do not use the internet.

Although the Rally is over there is still plenty to do. Our treasurer has a huge task completing the event accounts, and our merchandising team will shortly be placing and sending out clothing orders. The website needs much rewriting now the event is over for this year, and there’s the photo competition to collate and judge.  And coming up in September, there’s the fundraising 2015 York Rally Sportive to organise…

The committee will be meeting soon to both look back and plan ahead, and we have a long ‘improvements’ list made during the event to discuss and implement before we’re back in 2016.  New committee members – who can commit to coming to most of our meetings in York (about once a month), are especially welcome.

Update early July: the most likely dates for 2016 are now one weekend earlier: 18th-19th June. This will be confirmed ASAP.

We’ll post further updates in a few days, after we all have had a chance to recover, catch up and go for some bike rides!

Once again thanks to you all for being part of it  – it was great to see so many friendly cyclists having fun, to meet so many old friends and to make new ones. We’ll keep in touch and hope to see you again in 2016!

For now just a small gallery of pictures taken on Saturday – many more will follow! We already have a good number of entries for the photo competition too – thanks for sending them so fast – and please keep them coming!